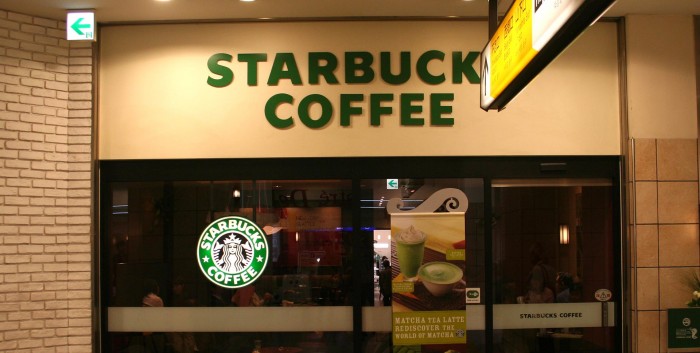 Well, it was a fun week at the end of August. Our latest puzzle game, Blockwick 2, was selected by Starbucks as their “App Store Pick of the Week”. This is a promotion that Starbucks and Apple run in partnership with selected developers to sell more coffee, raise awareness of the App Store, and give a premium app a little moment in the limelight. For Starbucks customers (who also use iOS devices), it means they get a free app, so it’s another reason to stay a loyal Starbucks customer.

After the seven days of the promotion, we gave away over a quarter million copies of Blockwick 2. This is a terrifying number for us— on one hand we just gave away a ridiculous number of copies of our most valuable game, all for zero profit. On the other hand we got access to a huge swath of people who otherwise would have never heard about our game or company. Exposure is something our company sorely needs, but it doesn’t pay the rent. The real question is in the long run will it have been worth it? So far we’ve only seen a very tiny bump is sales. Stay tuned for further conclusions on the program’s efficacy.

PS. The promotion ran from Tuesday the 25th of August to Monday the 1st of September 2015.

We are a team of three people, and we’ve been cranking out games for almost seven years. We’ve released over a dozen titles spanning multiple platforms and marketplaces. Having such an extensive library of games brings up a difficult issue. How can a team of only three people continue making and publishing new games all the while maintaining previously published titles?

Our solution to this issue is a protocol we have named Maintenance Monday. Every Monday we set aside a portion of time to work on keeping up some of our older games. Sometimes this means something as mundane as updating compatibility for a new operating system; sometimes it means something larger like adding an entire chapter of puzzles or even a graphics overhaul to support the latest super-high-density display. We then keep the rest of the week for moving forward with our main projects— developing and publishing new games.

Maintenance Monday isn’t set entirely in stone and it isn’t always perfect. If we really need to focus on a crucial project or an emergency we obviously can suspend the side projects. Another issue emerges when deciding which of our older games gets attention. At a certain point, when a game gets so old, we simply have to stop supporting it. There are several games which we’ve stopped supporting entirely, not because we don’t like them, but the cost to keeping them up is no longer paying the bills. Our first game, Enso Dot, is a really nice little puzzle game from 2008 that we had to finally put to rest. No one was buying it anymore, and the cost in time to bring it up to ‘modern’ standards with high-res graphics, system compatibility, etc. was much too high.

Our latest side project is working on an update for Monster Soup. This one is gonna be a big one so it’s going to take quite a few Mondays to get there. The game currently supports high-res graphics for the iPhone 4, but since then devices with even higher pixel counts have been released to the public (Read a bit about that process here). We are also taking a look at a weird issue caused by Apple’s later versions of iOS. We are even contemplating fixing how the level completion mechanic works to try and reward players for making longer chains. All this adds up to quite a lot of work, but hopefully with Monday on our side, we’ll keep all these plates spinning. A very big update is here for Blockwick 2. We’ve added all 144 puzzles from Blockwick 2 Basics. These are easier puzzles that are great for a more casual experience (also more accessible for kids). It’s our way of saying thank you to everyone who has supported us in our quest to create a premium puzzle game experience.

On top of the gargantuan puzzle drop, we are including a French and Spanish translation of the game. A big thanks to Ross, Vicente, Ehrlichmann, and Jonathan for the magnanimous, linguistic assistance. If you’d like us to continue adding puzzles to Blockwick 2 please don’t hesitate to tell your friends. If we reach 100,000 downloads, we’ll definitely add even more (and maybe even a puzzle editor). Tell your friends! Saluton. We’re currently working on setting up this new blog and hope to transfer our posts here soon. Ĝis revido.

Sticky blocks were perhaps the trickiest element to implement in Blockwick 2, especially considering our desire for “pixel-perfect” collisions. Here is a quick breakdown of how we pulled them off. First build a hierarchal array of blocks. Then move each dynamic block towards its goal (with a lag if not root block). Then collide each dynamic block against static colliders. Each block that collides with static collider is flagged and locked from moving in that direction. Then collide dynamics blocks against each other causing any lock flags to propagate. Each collider’s lock flags expire after a few physics steps using simple bitwise operations.

What’s the difference? We’re glad you asked. I put together this nifty little graphic to show you.

Blockwick 2 is a truly premium puzzle experience. 160 puzzles from easy to difficult with lots of interesting specialty items to keep you on your toes. There are no ads, no annoying pop-ups. An original ambient soundtrack, sleek, clean graphics, and fluid controls.

The primer to the Blockwick universe has arrived on iOS. 144 original puzzles. Free, ad-supported. Go download it now.