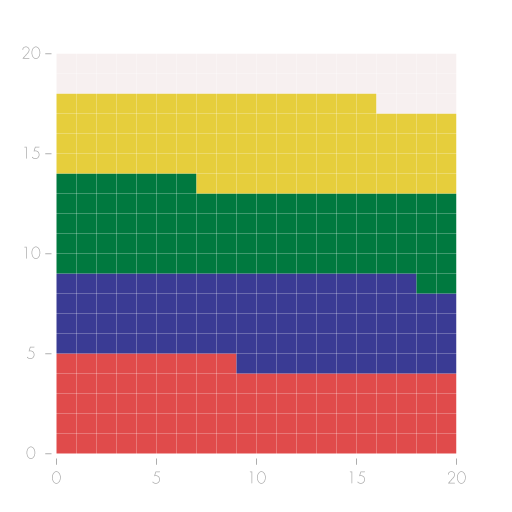 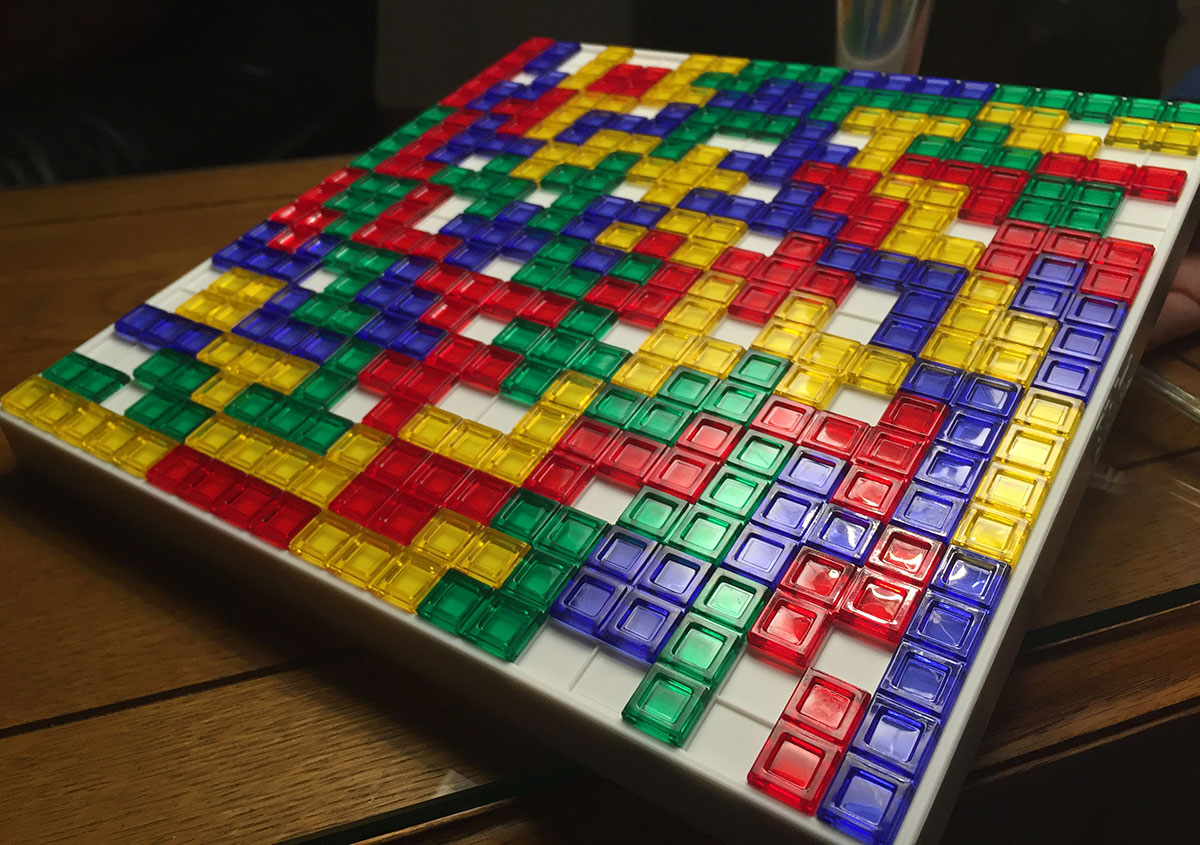 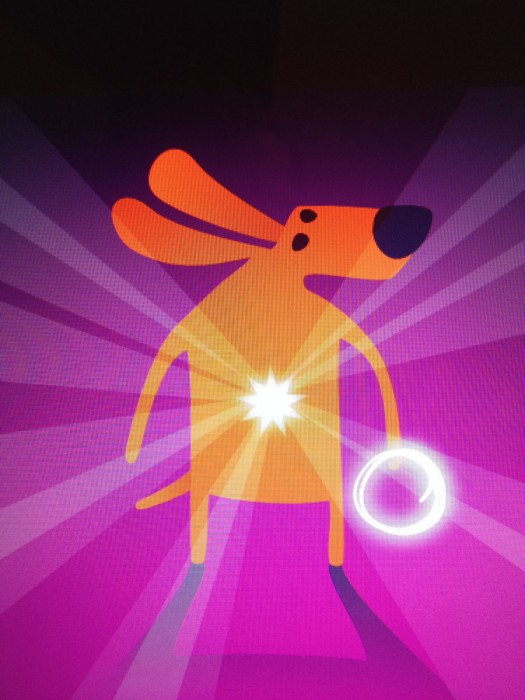 We’ve been thinking about Star Hound a lot lately. In case you’re unfamiliar, Star Hound is an endless runner game, that really never made it past alpha phase. We’ve always wanted to add more to the game, but we’ve had too many other projects going on. Here’s some recent fun concept art. 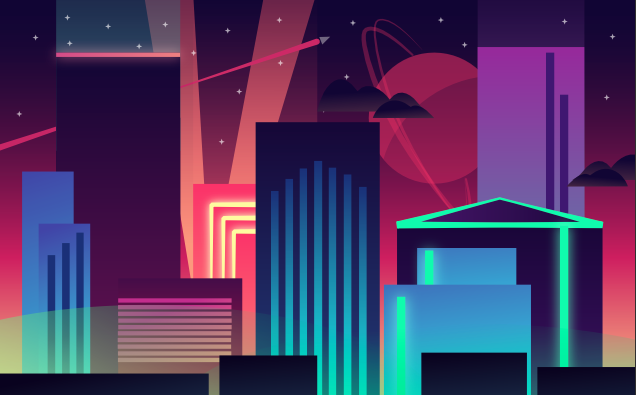 Don’t forget you can download the alpha version for free for iOS or for OS X. It’s a little rough around the edges, but it’s still really fun, and (did we mention?) it’s free. Go download Star Hound now, and let us know what you think. 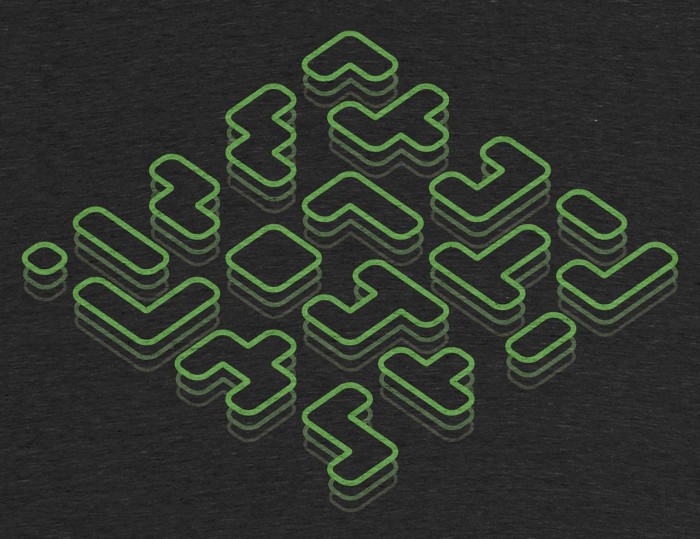 Yes, it’s official, after seven years of making apps, we’ve finally come out with a t-shirt. The design was a collaboration between Michael and myself and was created in honor of the Blockwick universe. You may recall a while ago we were planning on making a Blockwick 2 t-shirt, but because of some rookie mistakes we did not get it printed. Back then we made three designs, and we couldn’t pick our favorite so we ended up doing a poll. The design that won the poll was pretty fun, but it turns out that we were using too many colors for the screen printer. So we decided to put the t-shirt project on hold until we had a little more time to work on a design that we were happy with.

So this time around to simplify we put one together, and sent it straight over to Cotton Bureau. If you aren’t familiar with this company, we’d like to tell you about them. They are a small screen printing shop based out of Pittsburgh, PA. They focus on small batch, quality product, and have been great to work with. The unique thing is how they decide what to print.

Anybody can submit a design to their editorial team; they pick the best submissions to put up on the home screen. At any given time there are around 72 designs for customers to choose from. The trick is that out of all the designs, they only print ones that get at least 12 orders. Each design stays up for two weeks, and any that get 11 orders or less get scrapped. The downside is that there are lots of great designs that don’t get printed, and the onus to sell the t-shirt really rests with the designers who make the tees.

We are guessing for an indie company of three people that’s been around for seven years we should be able to sell at least 12 t-shirts, but it’s a bit more difficult than you’d expect, especially for lone designers. Anyways, we’d love it if you picked up a Blockwick t-shirt (we are almost up to twelve, but we need a few more orders). Head over to cottonbureau.com to pre-order now.

Update 9/25/2015: The t-shirt is going to print (yay!), but unfortunately if you did not get an order in before the deadline, you are out of luck. Its a one-run, limited-edition tee afterall. If you missed the train, and really want some KB threads, let us know; we may be exploring less transient methods of selling t-shirts in the future. With the past couple of years’ design trends all rushing towards a flat world, we wanted Blockwick 2′s art style to draw from this, but add some dimensionality and not get bogged down in some of the shortcomings of flatland. The idea to stay as flat and minimalist as possible, and still suggest dimension was more easily conceived than accomplished. Here’s what we came up with. So the look is simple and clean, but definitely 3D. Afterall a game where you slide around blocks really just feels better when its world has some physicality.

Here is a good list for the icon dimensions required for making an app for iOS and Android. I made this list for our latest game Blockwick 2. Note that the largest sizes are for the respective marketplaces.

Blockwick 2 is rendered completely with 2D sprites except for one special block type, the Flip Block. With so many possible arrangements of colors and animations, using 2D sprites would have been far too complicated and tedious to implement. Using a 3D asset made the most sense as we need to be able to select a color for all six sides and animate the block flipping over as it rolls around the board. The animation is especially important as it allows the player to understand that with each move the block is rolling rather than sliding.

First, our designer, David, modeled the 3D asset in Blender. Once in Unity, we needed to rotate the Flip Block around the X-axis to match our the angle of three dimensional illusion from our 2D sprite.

Since our 2D tile grid is non-square, even with the flip block rotated, it still lines up perfectly with all the 2D sprites. Now we light the Flip Block(s) with a single directional light rotated an angle based upon the length of the block shadows. It’s a good start, but our shading if far too dark and not at matching the style of the rest of the scene. So we crank our ambient light color all the way to pure white and adjust the intensity of our directional light. This is now essentially mimicking the screen shader used to render the normal Color Block sprites. Finally, we adjust the specular colors for materials that are applied to the faces of the Flip Block for a bit of fine tuning. There you go, a 3D-lit object mimicking the style of the 2D game. Check out blockwick.com to see it in action. Here is a comparison between the colors used in the original Blockwick and Blockwick 2. It’s apparent that the sequel’s colors were based on the original, but we wanted to go a bit more vibrant. We also decided to use two less colors. To see the game visit Blockwick.com.